A significant portion of our practice is devoted to defense of state worker’s compensation claims. The firm’s lawyers have over 100 years combined experience practicing before the Mississippi Workers’ Compensation Commission and handling appeals beyond to local circuit and appellate courts. One of the firm’s lawyers has served as both an Administrative Judge with the Mississippi Workers’ Compensation Commission and as a Commissioner with the Commission. The firm represents numerous workers’ compensation carriers insuring a diverse group of employers across the state. One lawyer, Donald Moore, is also an approved mediator for the Mississippi Bar’s Kids’ Chance Mediation Project and he is regularly called upon for his expertise in assisting parties trying to resolve claims without formal adjudication. 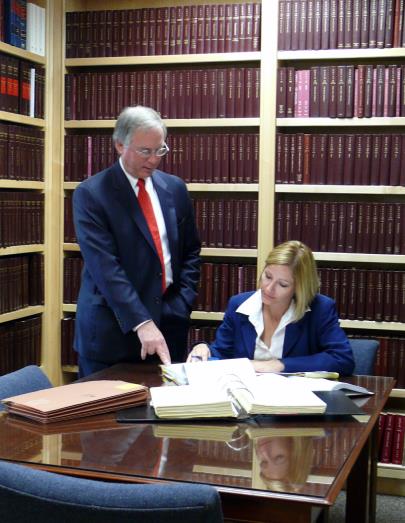 Longshore and Harbor Workers’ Compensation Act and its extensions

Franke & Salloum, PLLC represents Mississippi’s largest private employer and one of the largest maritime employers in the country. The firm also represents numerous carriers that specialize in claims falling under the Longshore and Harbor Workers’ Compensation Act and its extensions, the Outer Continental Shelf Lands Act, the Non-Appropriated Funds Act, and the Defense Base Act. As a result of handling such a large volume of workers’ compensation claims, the lawyers of Franke & Salloum, PLLC have been involved in numerous significant ground-breaking decisions at all adjudicatory levels before the Office of Administrative Law Judges, the Benefits Review Board, the United States Courts of Appeal, and the United States Supreme Court. Franke & Salloum, PLLC lawyers have served as law clerks with the Office of Administrative Law Judges, the adjudicatory body before which formal hearings are held for claims falling under the Longshore Act.

Listing of these previously mentioned areas of practice does not indicate any certification of expertise therein.